This book was prepared according to the Last Wish of Imam Adh-Dhahabi (died 748 AH), who said about Musnad Imam Ahmad:

“May Allah make available to this Great Volume someone who will arrange it, revise it, delete what is repeated, correct what is distorted, clarify the situation of the transmitters of its Hadiths, warn to the Mursal Hadith and weaken the Munkar Hadiths.
He then should arrange the names of the Prophet’s Companions in alphabetical order; put on each Hadith a symbol of Al-Kutub As-Sittah, i.e. books containing collections of Hadith compiled by six Sunni Muslim scholars. They are sometimes referred to as As-Sihah al-Sittah. They are: Sahih al-Bukhari, Sahih Muslim, Sunan Abu Dawud, Sunan at-Tirmidhi, Sunan an-Nasa’i and Sunan Ibn Majah.
And if I had not been able to do so for the weakness of my sight, lack of intention, and near death I would have done so.” (Siyar A’laam An-Nubala’: 13/525)

The Shaykh Salih ash-Shami, the Muhaqqiq said: “I have read the above statement after the preparation of this book and before the final correction. If I had seen it before I started working on the book, I would not have added anything to what Imam al-Dhahabi had wished for.” Indeed, he has also classified and arranged the Musnad according to the classic Fiqh chapters found in the Sounans.

Beautiful edition, 100% harakat, a great way to address this famous collection of Hadith. 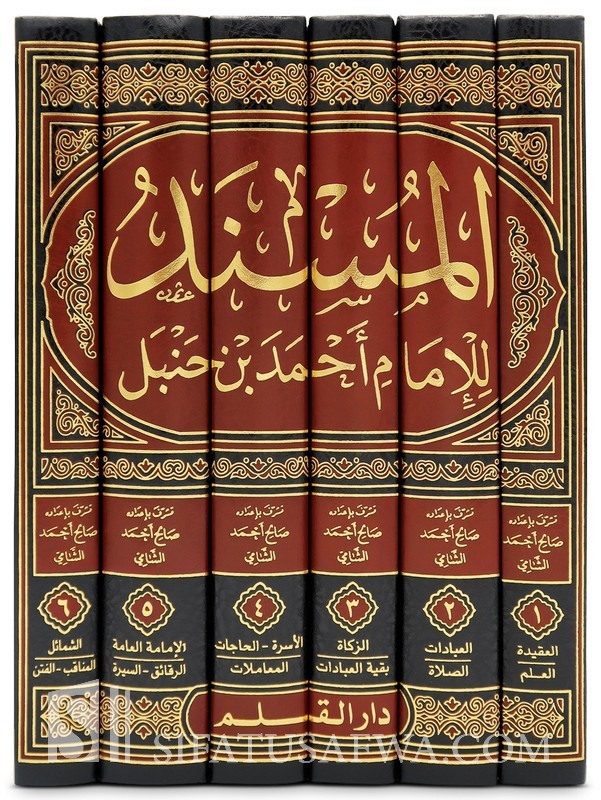 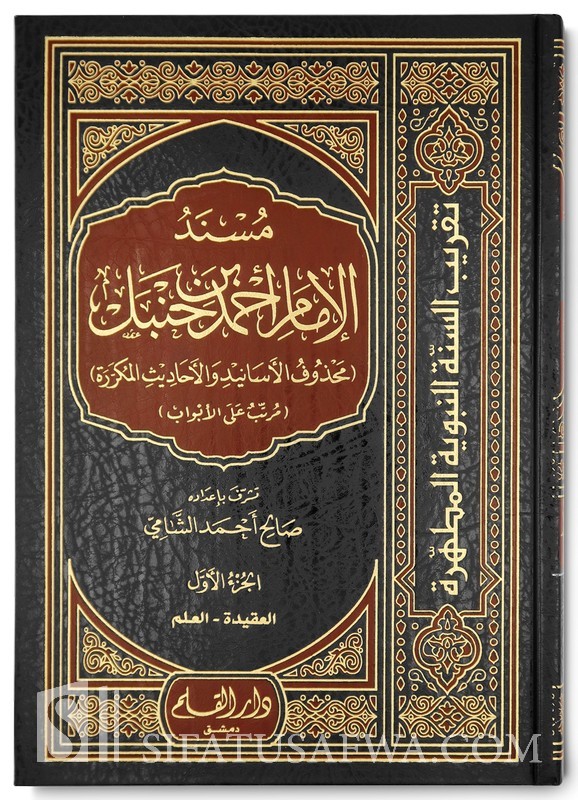 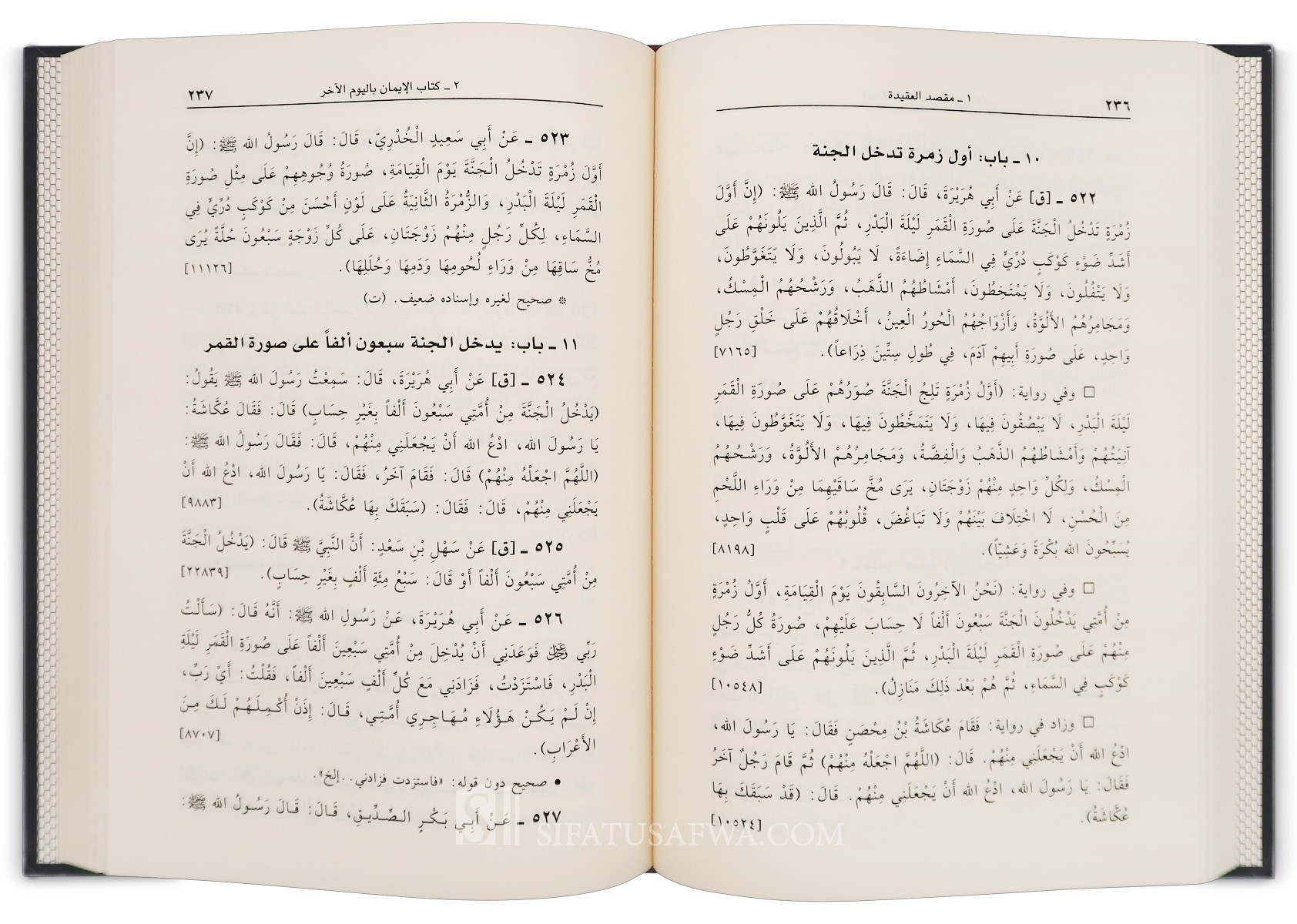 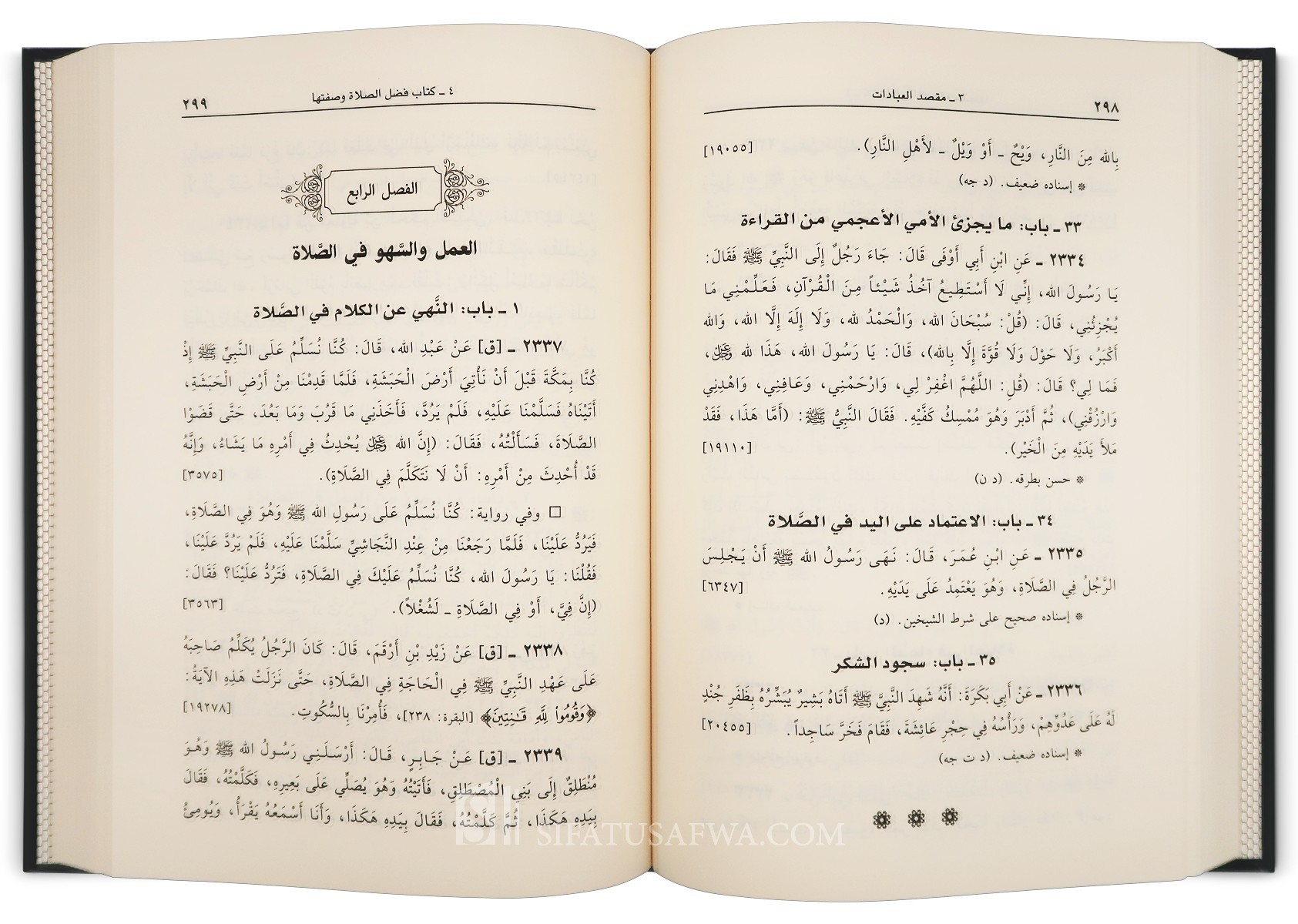