“Irshād as-Sarī lī Sharḥ Sahih al-Bukhāri” is a book of Hadith verification books written by Imam al-Qastalāni (851-923). The book is considered a reference in the jurisprudence of Hadith; it is an explanation of the most authentic books after the Noble Qur’an, namely Sahih al-Bukhāri. In it, the author relied on the interpretation of the chain of narrators and the narrative text, explaining the vocabulary and showing what is also deduced from the Hadith, based on the statements and opinions of the scholars and jurists.

His greatest advantage is that al-Qastalāni contained the text of al-Bukhari, letter by letter and word by word, as mentioned by Abu al-Ashbal Ahmad Muhammad Shakir in the introduction to his book, the Greek version of Sahih al-Bukhāri.

Sharh al-Qastalāni is a brief and refined explanation, which is indispensable for any student of knowledge, especially those looking for an accurate interpretation of al-Bukhāri; because Al-Bukhāri is narrated with multiple narrations, and this book Irshād as-Sarī is characterized by its explanation of these narrations. Indeed, its author has analyzed all those narrations to make it more useful, despite its abridgement." 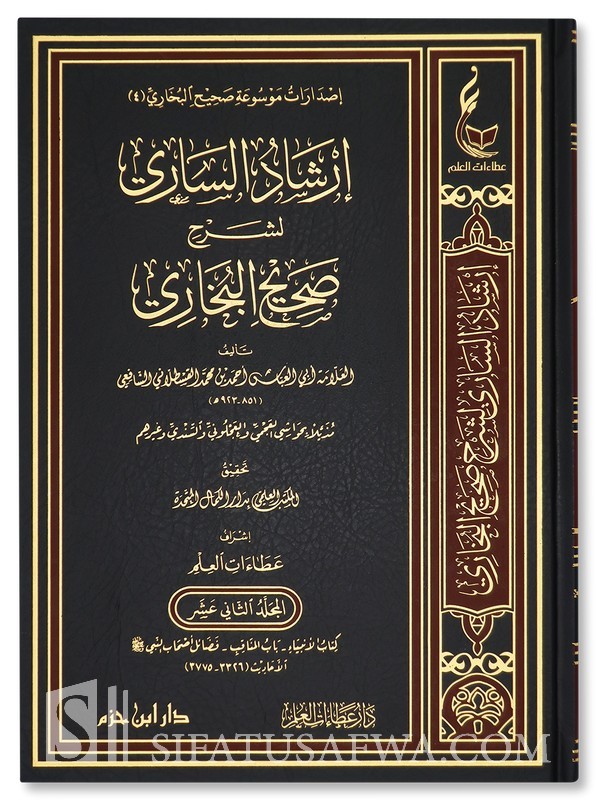 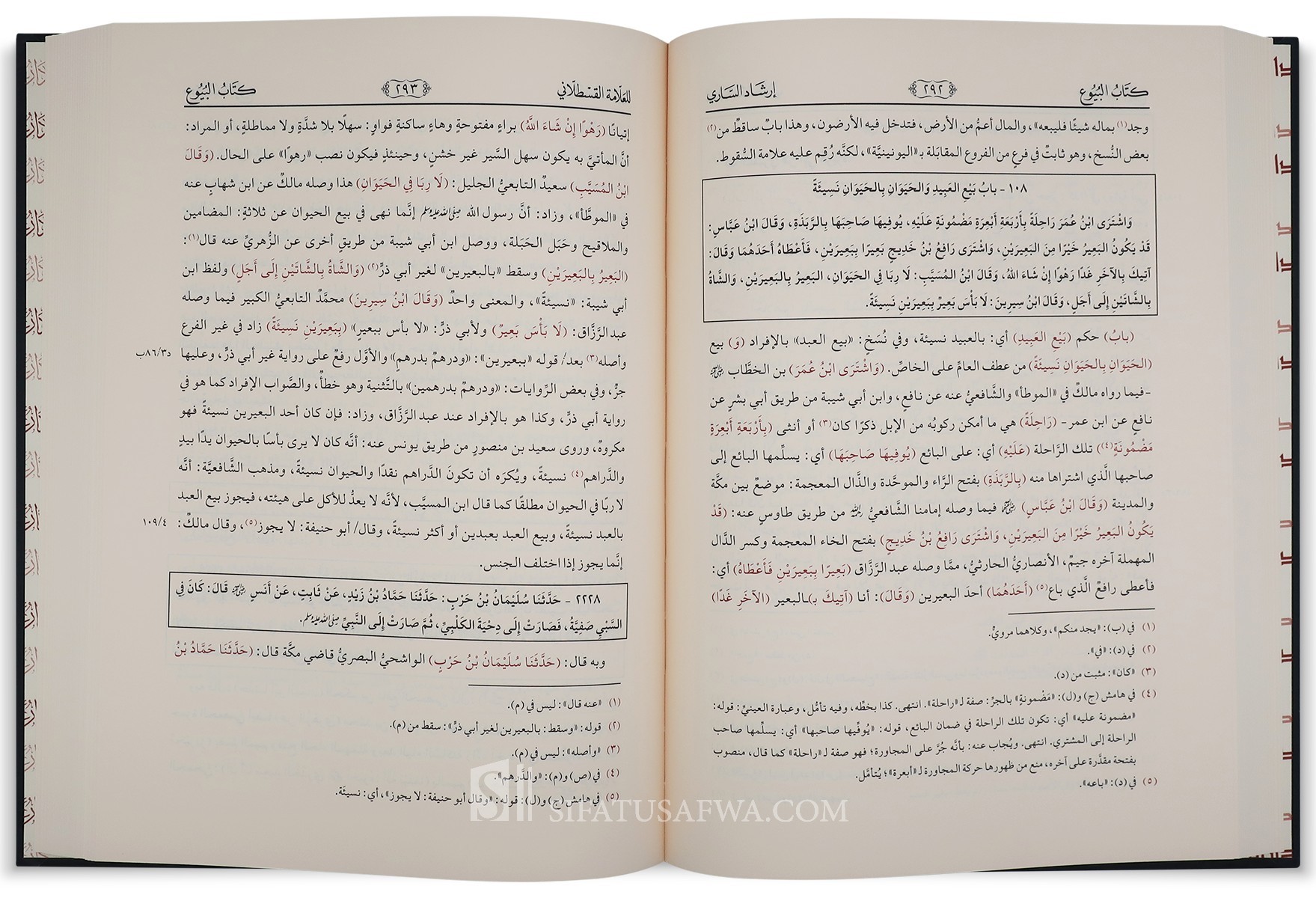 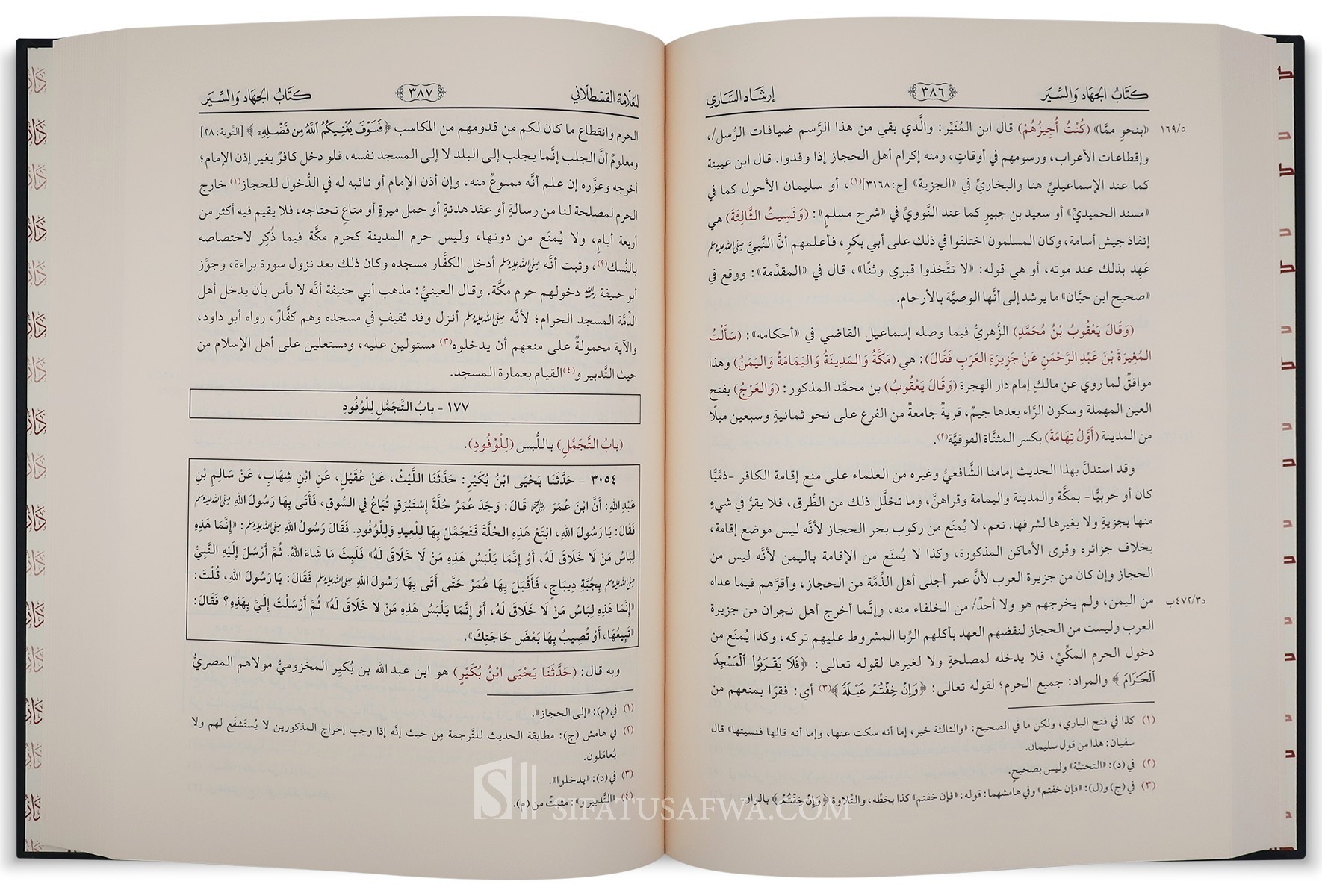