The book “Al-Iqna’ fi Masa’il al-Ijma’”, written by the Muhaddith jurist, Abu al-Hasan Ali Ibn Muhammad Ibn Abd al-Malik al-Kutami al-Himyari al-Fassi, nicknamed Ibn al-Qattan (d.628 AH),” is a great book by which his compiler, may Allah have mercy on him, intended to avoid disagreement and seek agreement among scholars regarding certain issues. So he did a great job and spared no effort to provide a summary of what the scholars have agreed upon, or at least the majority among them.

“Al-Iqna’ fi Masa’il al-Ijma’”is considered a supply book for the specialists, and, at the same time, an assistance for beginners and ordinary Muslims who are not qualified to consider differences or weight the evidence.

“Al-Iqna’ fi Masa’il al-Ijma’” is divided into Books: Kitab Al-Iman (Book of Faith), Kitab Salaat (Book of Prayer), Kitab Zakaat, etc., and through these Books, Ibn al-Qattan has presented the agreement and consensus of Muslim scholars on these topics.

Excellent edition with a serious Tahqiq and very important annotations in which the reader can find the references of the opinions quoted in the books of each school. 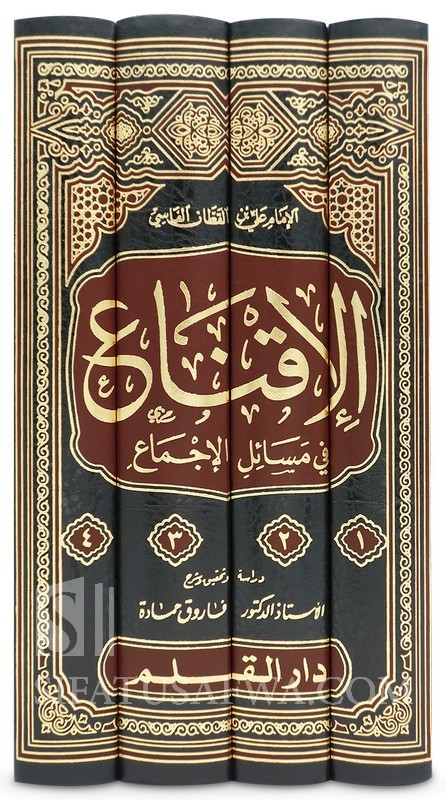 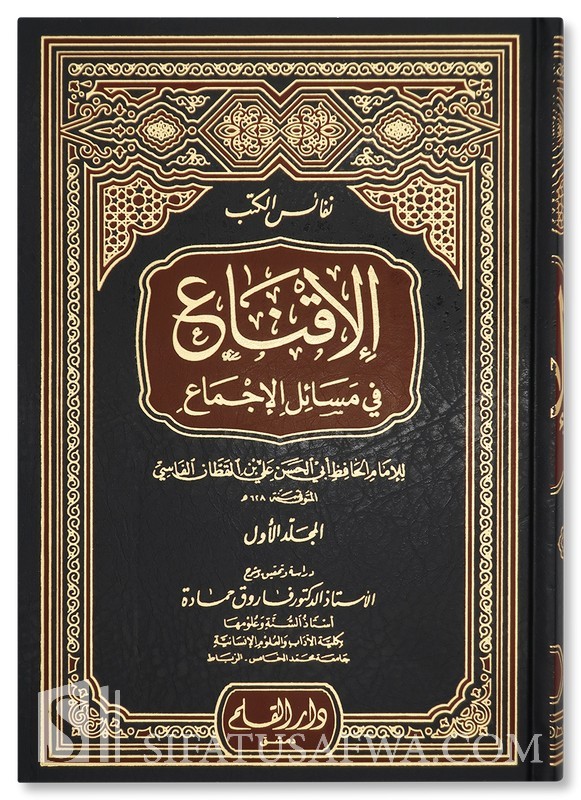 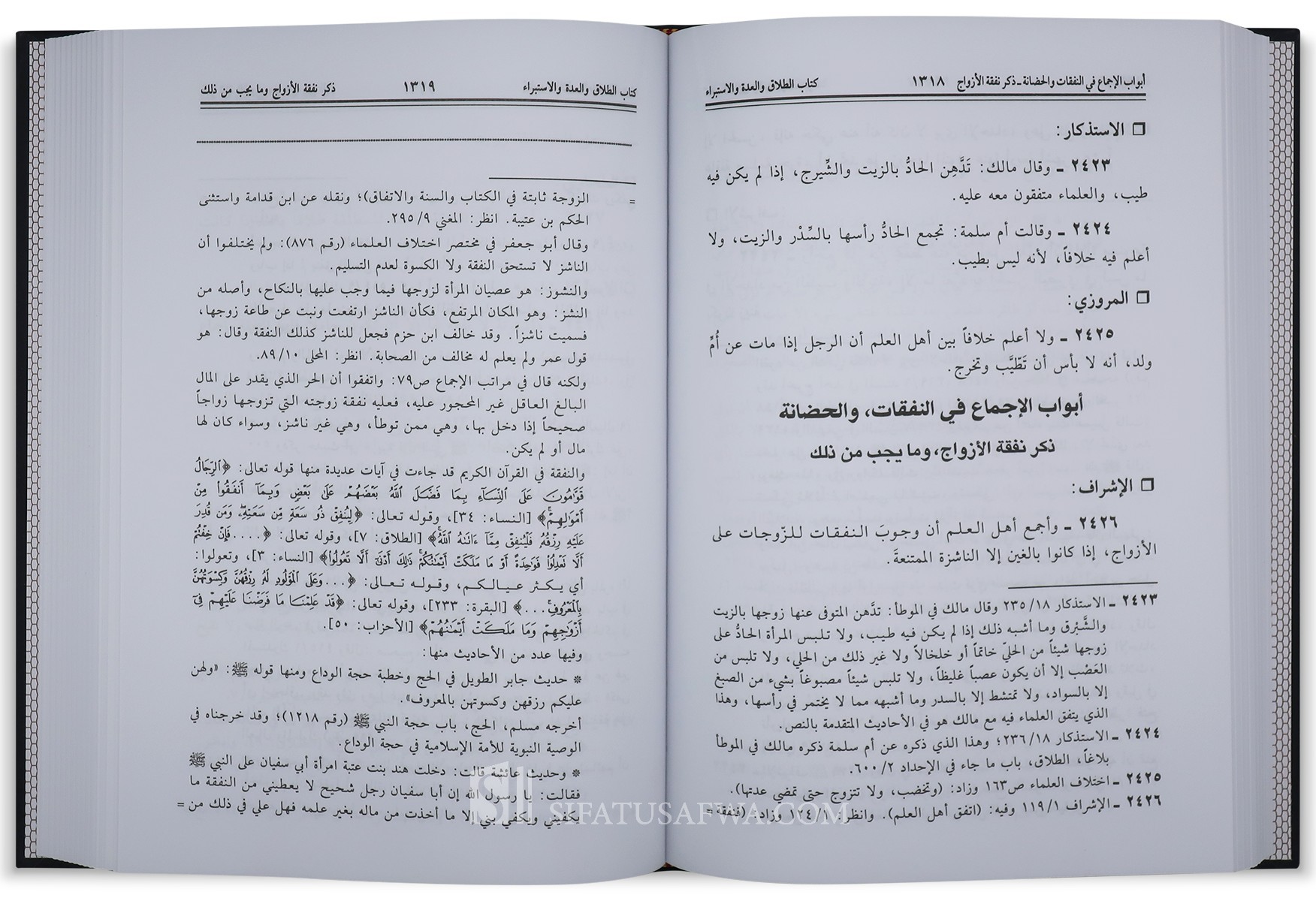 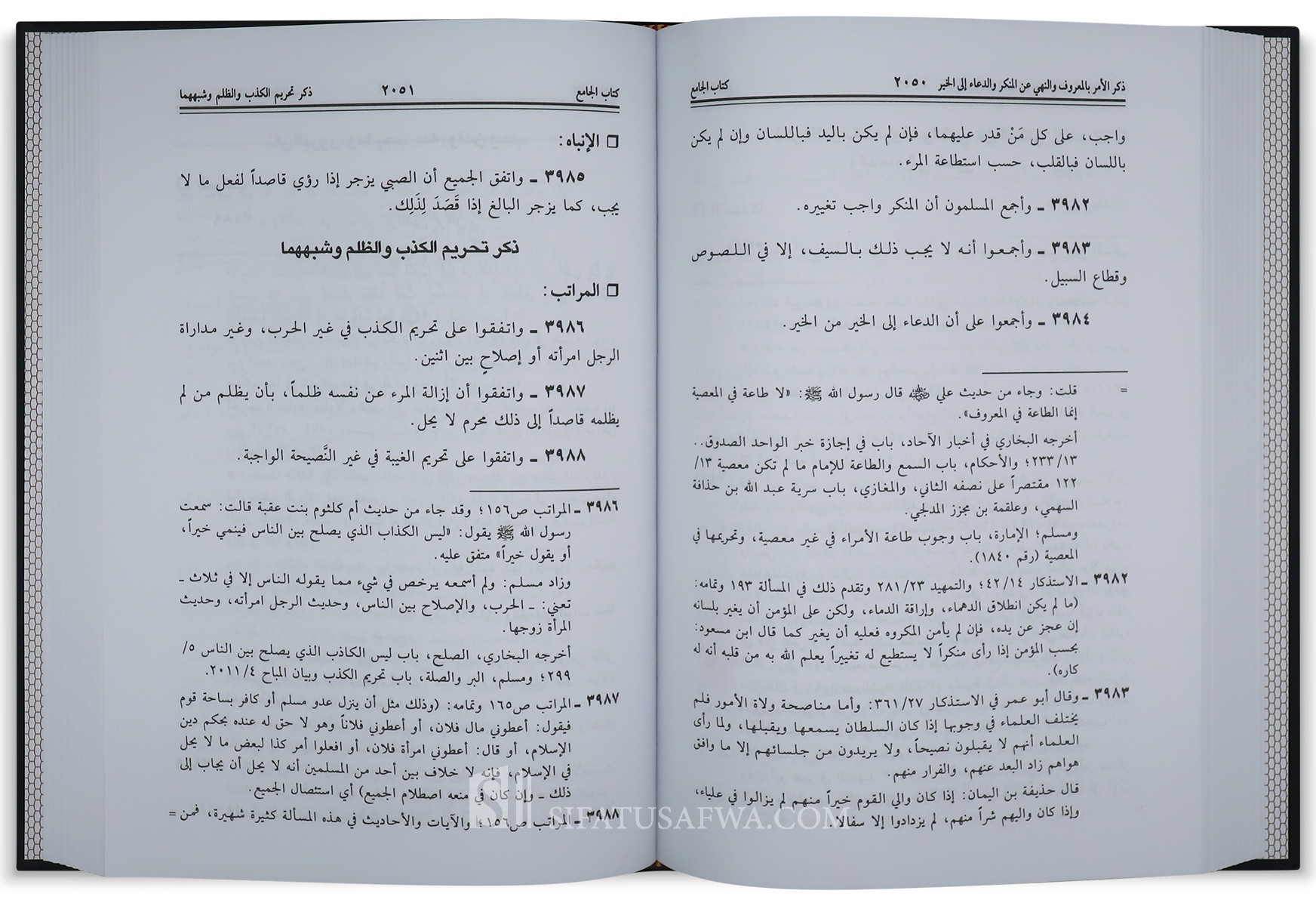