Al-Isti'āb Fi Ma'rifat Al-Ashāb is a book on the biography of the Companions, written by al-Hafiz Abu Omar Yusuf bin Abdullah al-Nimri, known as Ibn Abdul-Barr (368–463); it is considered one of the first books, discussing the life of the Companions. The author’s approach in his book was that he mentioned the Companion and those who narrated from him, and some information about those who narrated from the Messenger of Allah, may Allah’s prayers and peace be upon him, and some matters related to their lives, death and age.

Ibn Abd al-Barr has collected in this book whatever he was able to collect on the life of the Prophet’s Companions.

Ibn Hazm al-Andalusi has praised the entirety of his Sheikh Ibn Abdul-Barr’s books, saying: Al-Isti'āb Fi Ma'rifat Al-Ashāb, is a book about the Companions, in which he listed the names of those mentioned in the narrations, biographies and compilations, introducing them, summarizing alphabetically their conditions, status and main news, in twelve parts that were unparalleled by early scholars, despite the large number of what they had classified in this subject.

Edition in 3 volumes also containing the work "Al-Inbah 'ala Qabail ar-Ruwat" by Ibn Abd al-Barr also and "Al-Istidrak 'ala al-Isti'ab" by Ibn al-Ameen (529H) (the biographies of Companions that Imam Ibn Abd al-Barr did not mention).

Encyclopedia of Sahabiyat Lives: A Guide to the... 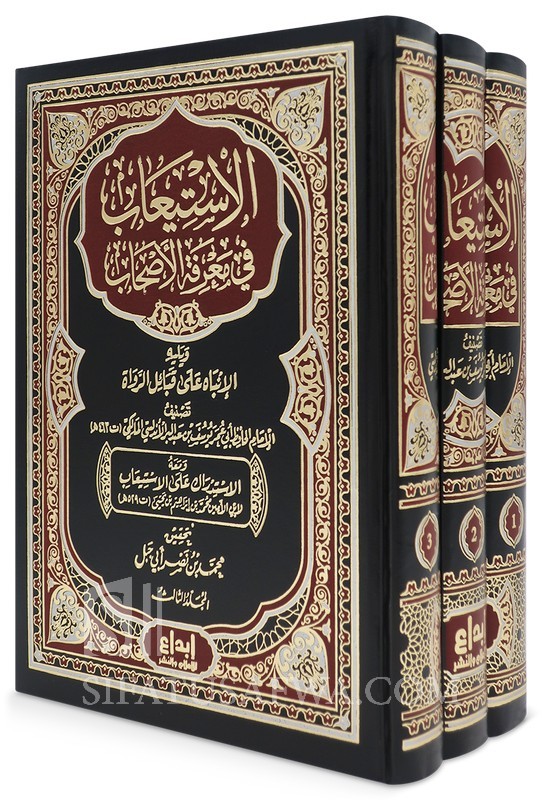 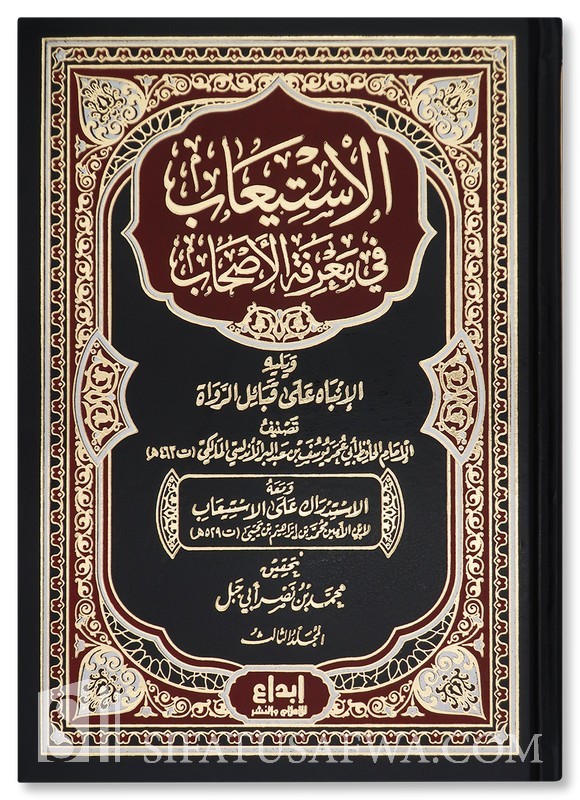 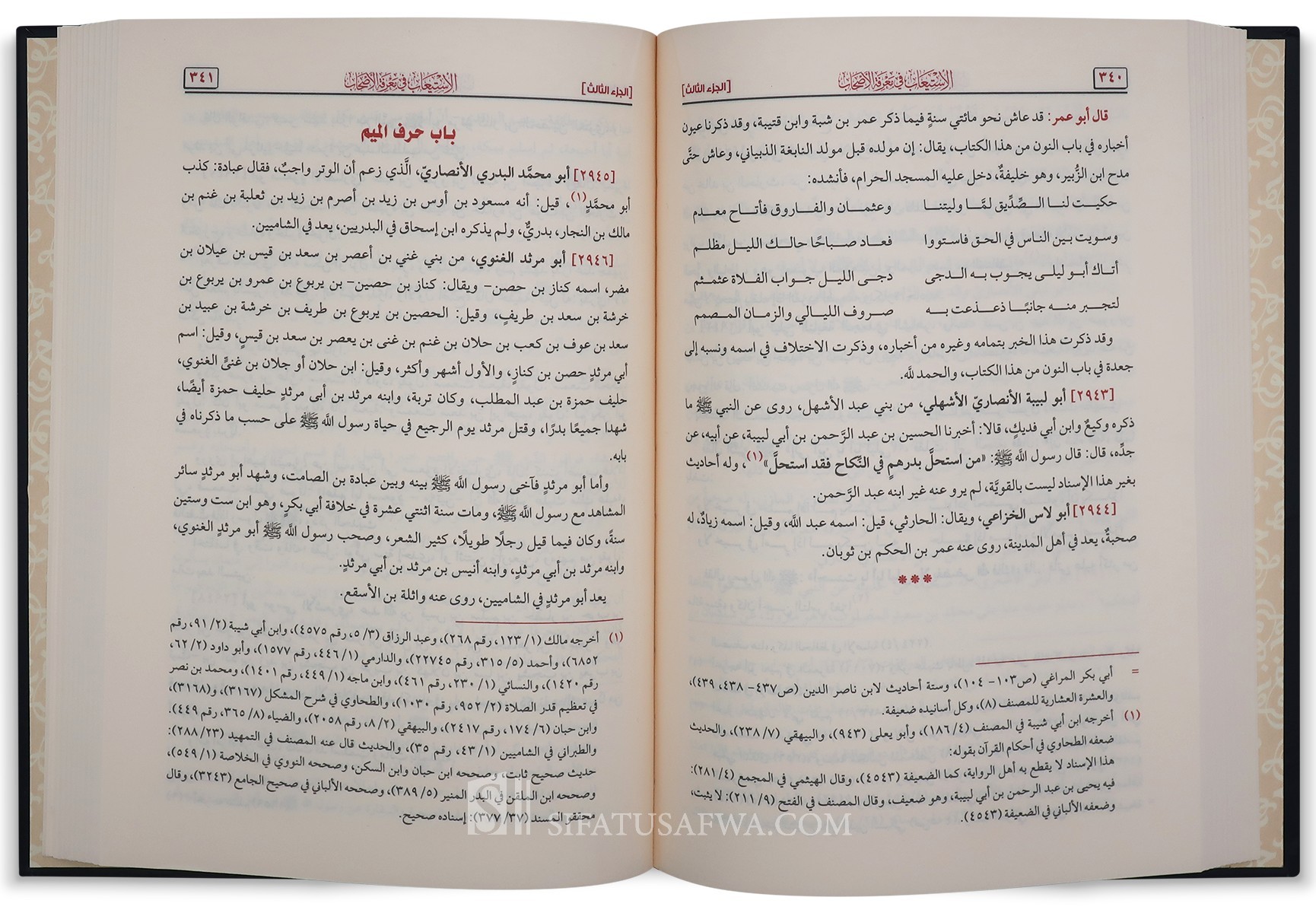 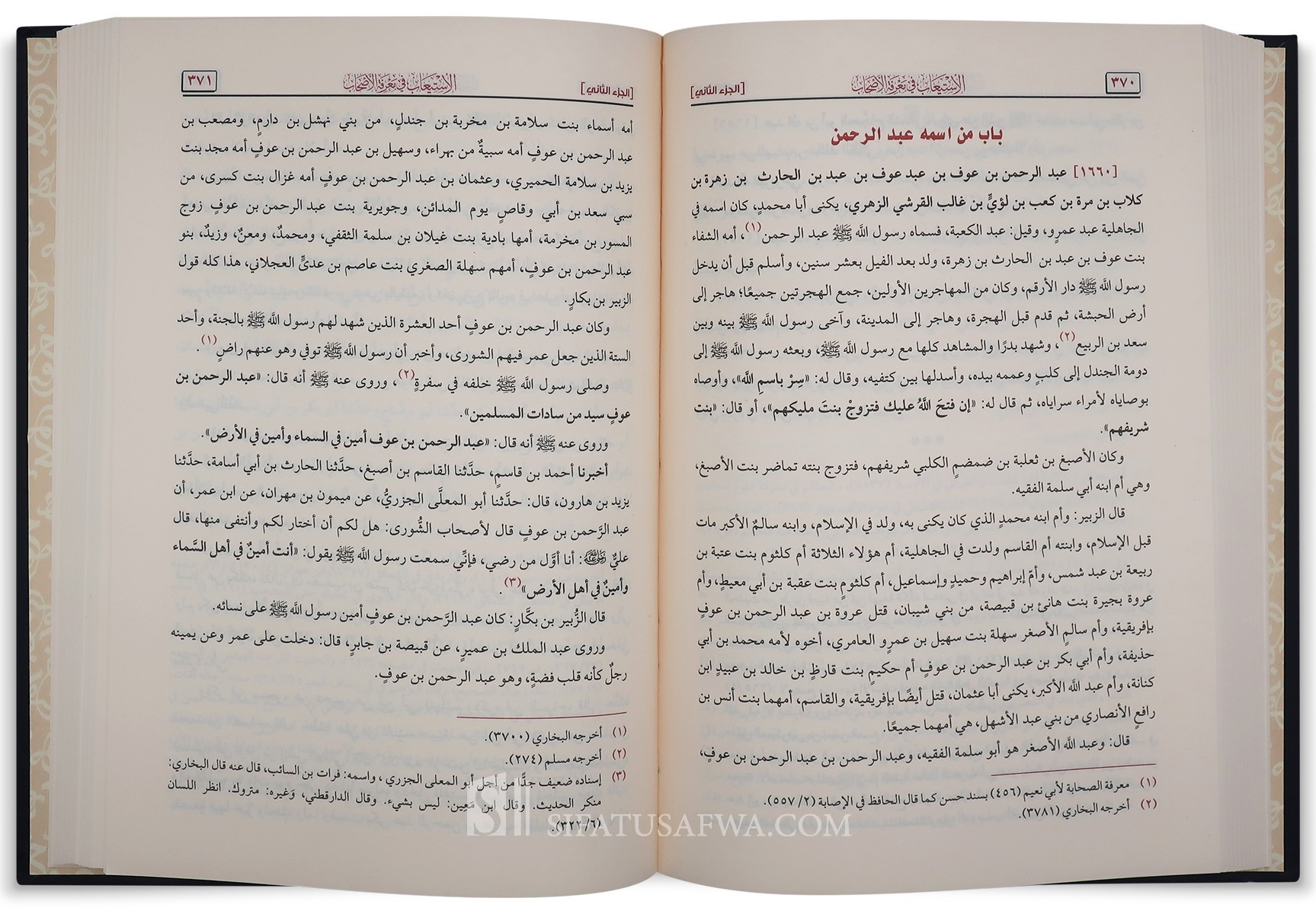